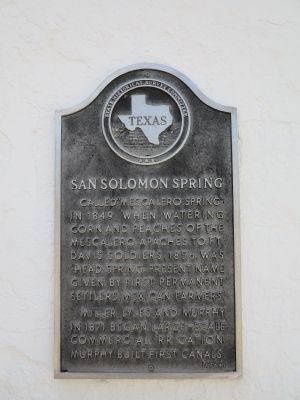 Called "Mescalero Spring" in 1849, when watering corn and peaches of the Mescalero Apaches. To Ft. Davis soldiers, 1856, was "Head Spring". Present name given by first permanent settlers, Mexican farmers.

Topics and series. This historical marker is listed in these topic lists: Agriculture • Hispanic Americans • Native Americans. In addition, it is included in the Antonio de Espejo Entrada of 1582-1583 series list. A significant historical year for this entry is 1849.

Location. 30° 56.648′ N, 103° 47.217′ W. Marker is near Toyahvale, Texas, in Reeves County. Marker is on Texas Park Road 30 near Texas Highway 17, on the right when traveling south. Located inside Balmorhea State Park on the wall by the entrance to the bathhouse. Touch for map. Marker is in this post office area: Balmorhea TX 79718, United States of America. Touch for directions.

Other nearby markers. At least 1 other marker is within 3 miles of this marker, measured as the crow 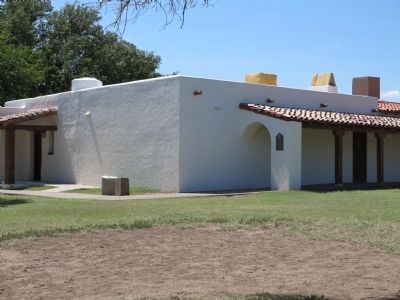 Related markers. Click here for a list of markers that are related to this marker. Markers related to Ft. Davis

Also see . . .
1. Toyahvale, Tx. Wikipedia entry for Toyahvale. The word "Toyah" is said to be a Comanche word meaning "flowing water" or "much water". (Submitted on September 23, 2012, by Richard Denney of Austin, Texas.)

2. Antonio de Espejo and Jumano Indians, Handbook of Texas Online. In 1583 the entrada of Antonio de Espejo stopped at the springs, guided by Jumano Indians, enroute from Toyah Creek (near present Pecos, TX) to La Junta de los Rios (near present Presidio, TX and Ojinaga, Mexico on the Rio Grande). (Submitted on September 23, 2012, by Richard Denney of Austin, Texas.) 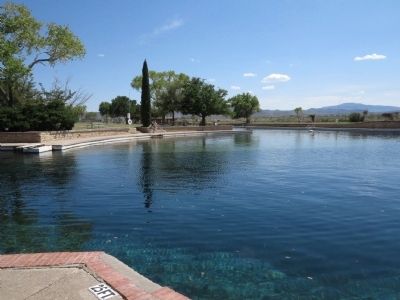 Photographed By Richard Denney, September 10, 2012
3. View of springs with foothills of Davis Mountains in distance 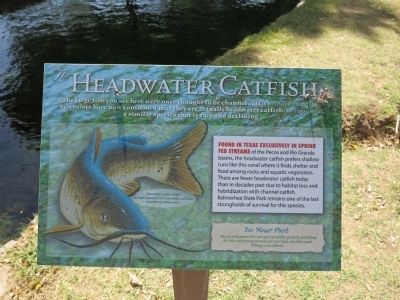 Photographed By Richard Denney, April 14, 2014
4. Headwater Catfish
A descriptive sign provides information on "Headwater Catfish" found in the springs. The Espejo entrada reported fishing for catfish in neighboring Toyah Creek (Hickerson, Nancy Parrott. The Jumanos: Hunters and Traders of the South Plains. Austin: U of Texas, 1994) 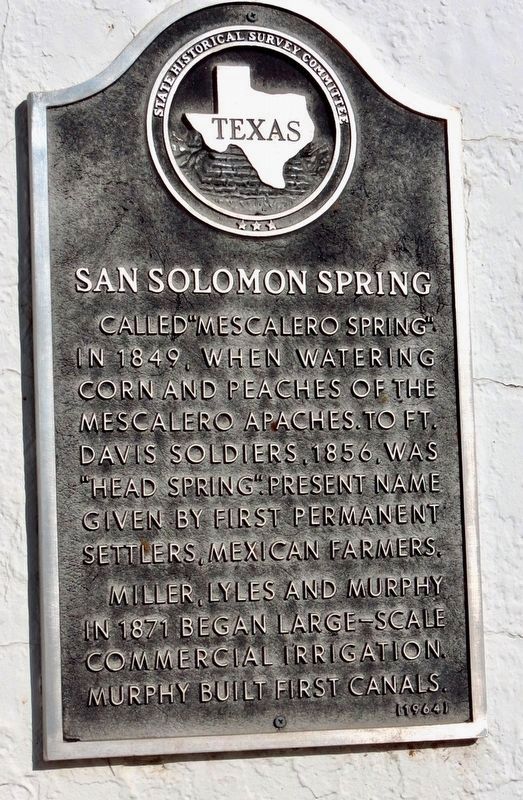