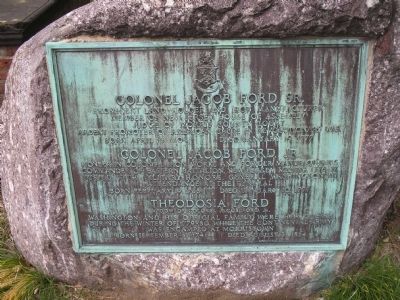 Theodosia Ford
Widow of Colonel Jacob Ford, Jr.
Washington and his official family were her guests during the winter of 1779-80, while the Continental Army was encamped at Morristown.
Born September 13, 1741 Died August 31, 1824 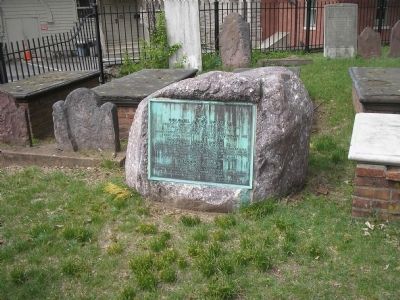 Click or scan to see
this page online
• War, US Revolutionary • Women. In addition, it is included in the Former U.S. Presidents: #01 George Washington series list. A significant historical month for this entry is January 1820.

Location. 40° 47.863′ N, 74° 28.782′ W. Marker is in Morristown, New Jersey, in Morris County. Marker can be reached from East Park Place (New Jersey Route 510) near South Street (New Jersey Route 24), on the right when traveling north. Marker is in the cemetery behind the First Presbyterian Church. Touch for map. Marker is at or near this postal address: 57 E Park Place (On the Green), Morristown NJ 07960, United States of America. Touch for directions. 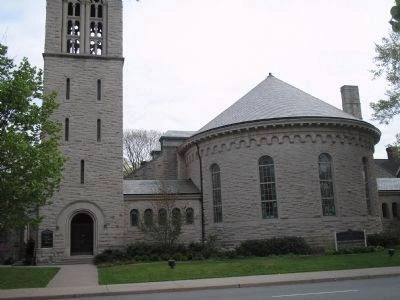 By Bill Coughlin, April 26, 2008
3. First Presbyterian Church of Morristown
The marker is located in a cemetery behind this church. During the winter encampments of 1777 and 1779-80, George Washington attended services at this church.
Ford, Jr., was the daughter of Reverend Timothy Johnes who was church's pastor when George Washington received the Sacrament of Holy Communion during an outdoor service there. 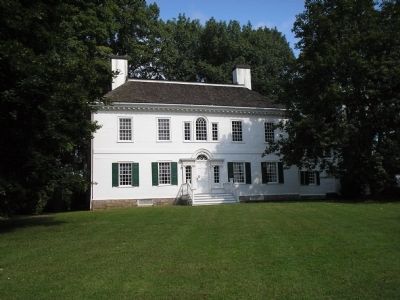