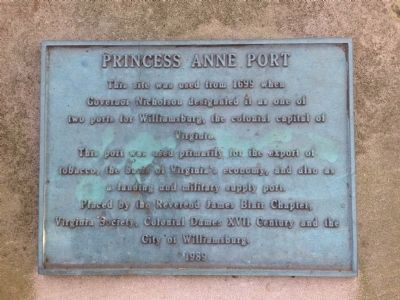 This site was used from 1699 when Governor Nicholson designated it as one of two ports for Williamsburg, the colonial capital of Virginia.

This port was used primarily for the export of tobacco, the basis of Virginia's economy, and also as a landing and military supply port.

Topics. This historical marker is listed in these topic lists: Colonial Era • Industry & Commerce • Settlements & Settlers • Waterways & Vessels. A significant historical year for this entry is 1699. 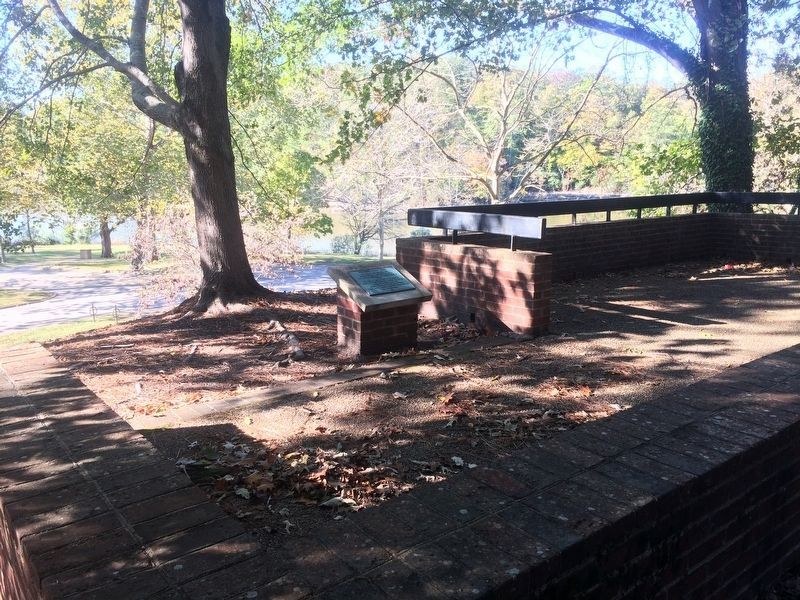 Photographed By J. Makali Bruton, October 23, 2016
2. Princess Anne Port Marker
The marker at the top of the hill at College Landing Park, with College Creek in the background.

More about this marker. The marker is accessible from a flight of concrete stairs leading up a hill from the College Landing Park parking lot. After entering the park, the hill is on the left. 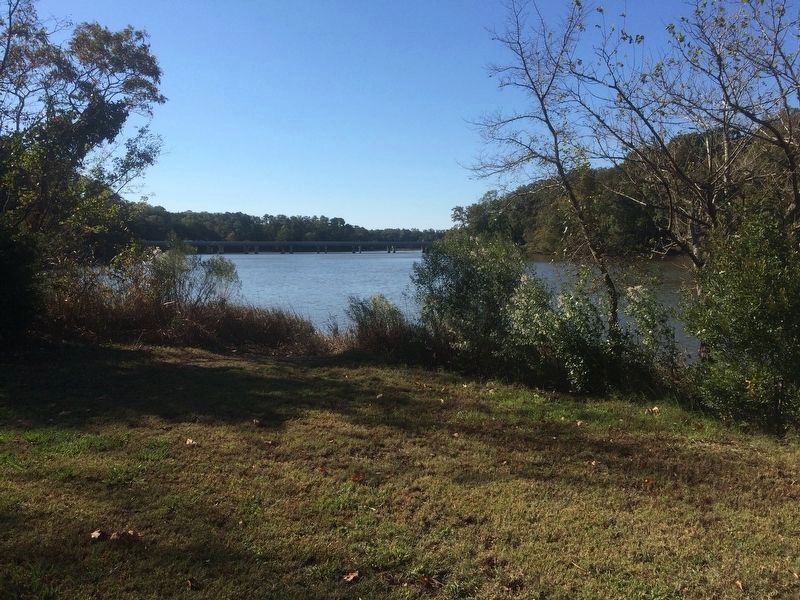 Photographed By J. Makali Bruton, October 23, 2016
3. Princess Anne Port area
This view to the south is from the area around the current College Landing Park that was once the Princess Anne Port. The Humelsine Parkway Bridge can be seen in the distance.
Credits. This page was last revised on March 2, 2021. It was originally submitted on August 26, 2014, by Michael Umberger of Williamsburg, Virginia. This page has been viewed 670 times since then and 35 times this year. Photos:   1. submitted on August 26, 2014, by Michael Umberger of Williamsburg, Virginia.   2, 3. submitted on October 23, 2016, by J. Makali Bruton of Querétaro, Mexico. • Bernard Fisher was the editor who published this page.
Share this page.