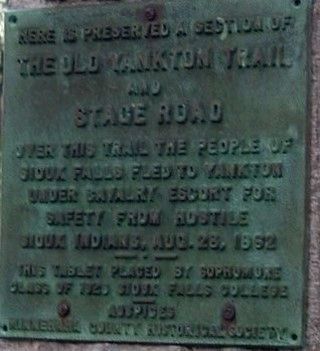 Here is preserved the Old Yankton Trail and Stage Road
Over this trail the people of Sioux Falls fled to Yankton under cavalry escort for safety from hostile Sioux Indians, Aug. 28, 1862

Topics. This historical marker is listed in these topic lists: Native Americans • Roads & Vehicles • Settlements & Settlers • Wars, US Indian. A significant historical date for this entry is August 28, 1862.

Location. 43° 31.951′ N, 96° 44.261′ W. Marker is in Sioux Falls, South Dakota, in Minnehaha County. Marker is on West 22nd street, on the left when traveling west. marker is on the campus of the University of Sioux Falls , behind the Norman B. Mears Library, currently (2016) surrounded by a construction site. Touch for map. Marker is at or near this postal address: 1101 West 22nd Street, Sioux Falls SD 57105, United States of America. Touch for directions. 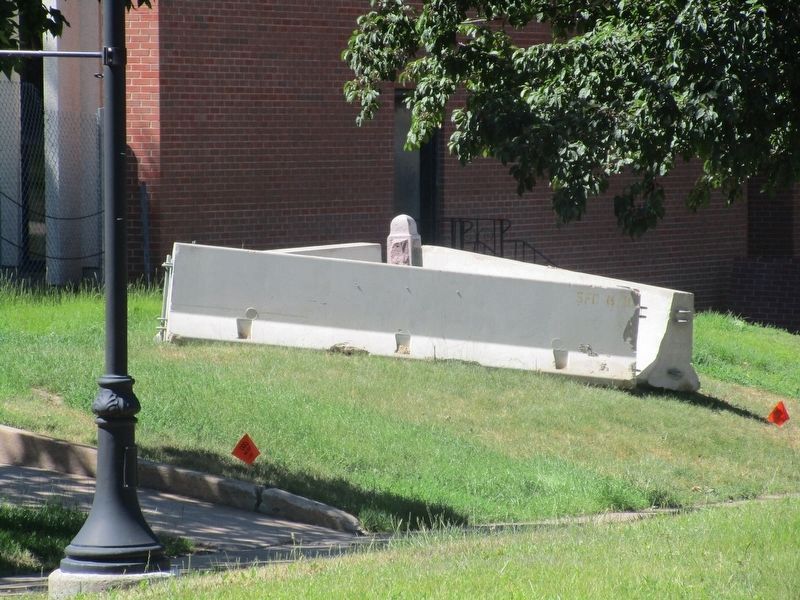 Photographed By Rev. Ronald Irick, July 12, 2016
3. The Old Yankton Trail Marker
Marker can be seen at a distance; surrounded by protective concrete barriers 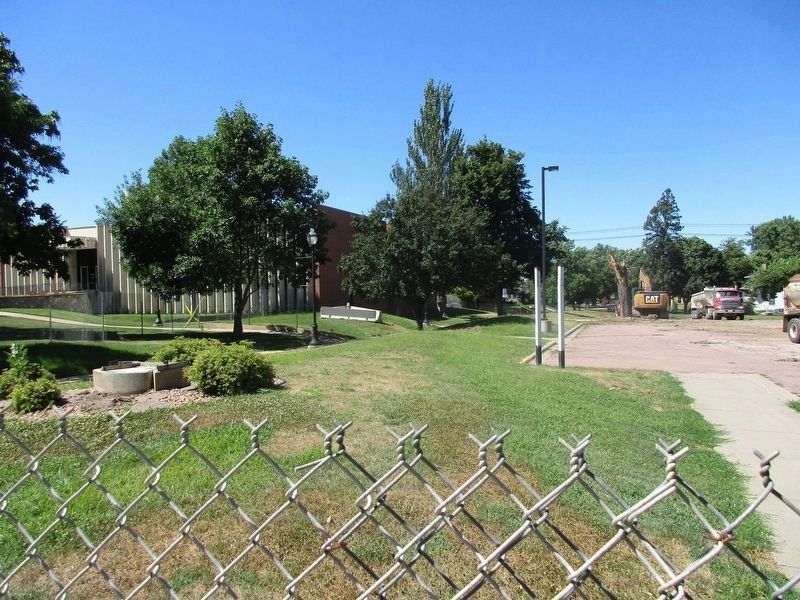