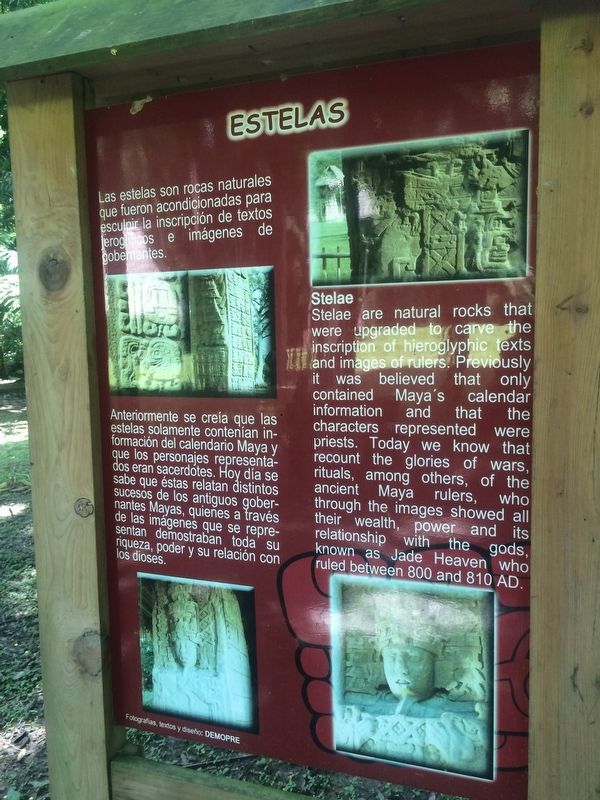 Photographed By J. Makali Bruton, August 16, 2016
1. The Stelas of Quiriguá Marker
Inscription.
English: , Stelae , Stelae are natural rocks that were upgraded to carve the inscription of hieroglyphic texts and images of rulers. Previously it was believed that only contained Maya's calendar information and that the characters represented were priests. Today we know that recount the glories of wars, rituals, among others, of the ancient Maya rulers, who through the images showed all their wealth, power and its relationship with the gods known as Jade Heaven who ruled between 800 and 810 AD. . This historical marker is in Quiriguá in Los Amates Izabal Guatemala