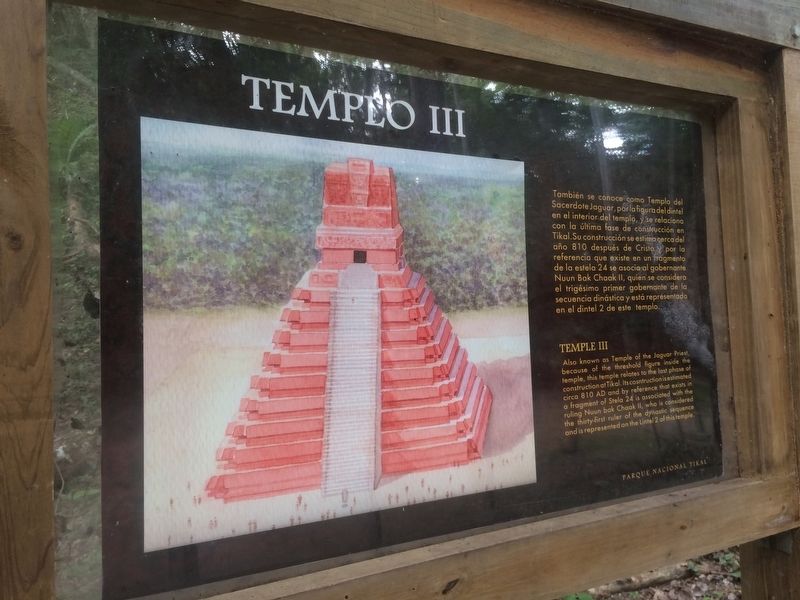 Photographed By J. Makali Bruton, August 19, 2016
1. Temple III at Tikal National Park Marker
Inscription.
English: , Temple III , Also known as Temple of the Jaguar Priest, because of the threshold figure inside the temple, this temple relates to the last phase of construction at Tikal. Its cosntruction (sic) is estimated circa 810 AD and by reference that exists in a fragment of Stela 24 is associated with the ruling Nuun bak Chaak II, who is considered the thirty-first ruler of the dynastic sequence and is represented on the Lintel 2 of this temple. . This historical marker was erected by Parque Nacional Tikal. It is in Flores Petén Guatemala