and the Treasures of Nature 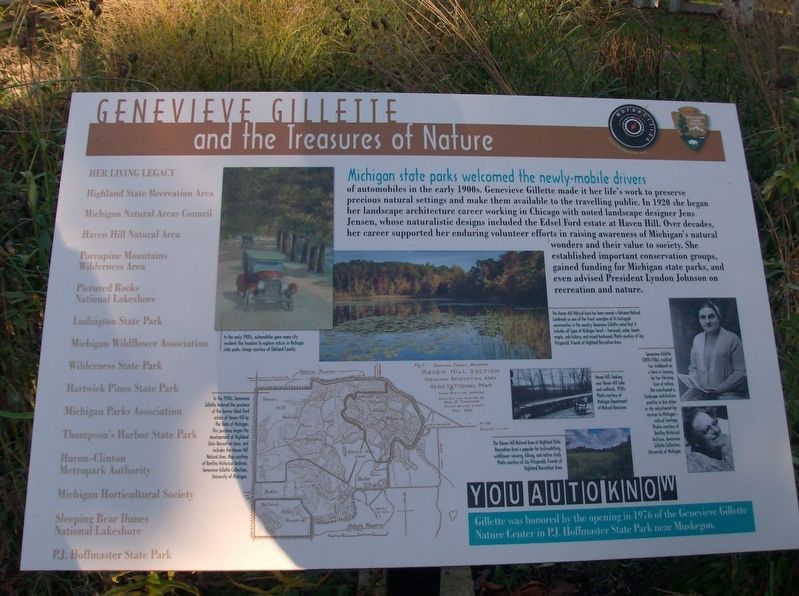 Michigan state parks welcomed the newly-mobile drivers
of automobiles in the early 1900s. Genevieve Gillette made it her life's work to preserve precious natural settings and make them available to the travelling public. In 1920 she began her landscape architecture career working in Chicago with noted landscape designer Jens Jensen, whose naturalistic designs included the Edsel Ford estate at Haven Hill. Over decades, her career supported her enduring volunteer efforts in raising awareness of Michigan's natural wonders and their value to society. She established important conservation groups, gained funding for Michigan state parks, and even advised President Lyndon Johnson on recreation and nature.

You Auto Know
Gillette was honored by the opening in 1976 of the Genevieve Gillett Nature Center in P.J. Hoffmaster State Park near Muskegon. 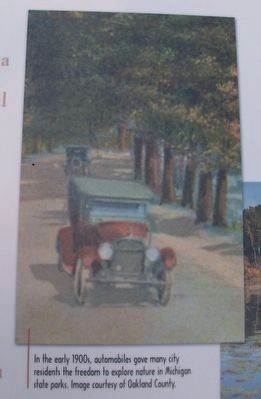 Topics and series. This historical marker is listed in these topic lists: Parks & Recreational Areas • Roads & Vehicles. In addition, it is included in the Former U.S. Presidents: #36 Lyndon B. Johnson, and the MotorCities National Heritage Area series lists. A significant historical year for this entry is 1920.

Location. 42° 38.89′ N, 83° 32.629′ W. Marker is in White Lake Township, Michigan, in Oakland County. Marker can be reached from Haven Road 0.1 miles south of Highland Road (Michigan Highway 59), on the left when traveling south. Marker is in Highland State Recreation Area near the gatehouse of the former Edsel and Eleanor Ford retreat, Haven Hill. Touch for map. Marker is at or near this postal address: 5200 Highland Road, White Lake MI 48383, United States of America. Touch for directions. 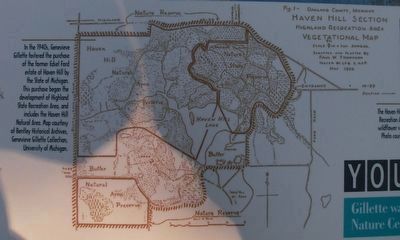 By Joel Seewald, October 22, 2016
4. Upper middle image
The Haven Hill Natural Area has been named a National Natural Landmark as one of the finest examples of its biological communities in the country. Genevieve Gillette noted that it includes all types of Michigan forest — tamarack, cedar, beech-maple, oak-hickory, and mixed hardwood. Photo courtesy of Jay Fitzgerald, Friends of Highland Recreation Area. 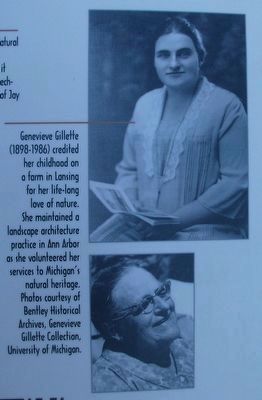 By Joel Seewald, October 22, 2016
7. Right images
Genevieve Gillette (1898-1986) credited her childhood on a farm in Lansing for her life-long love of nature. She maintained a landscape architecture practice in Ann Arbor as she volunteered her services to Michigan's natural heritage. Photos courtesy of Bentley Historical Archives, Genevieve Gillette Collection, University of Michigan. 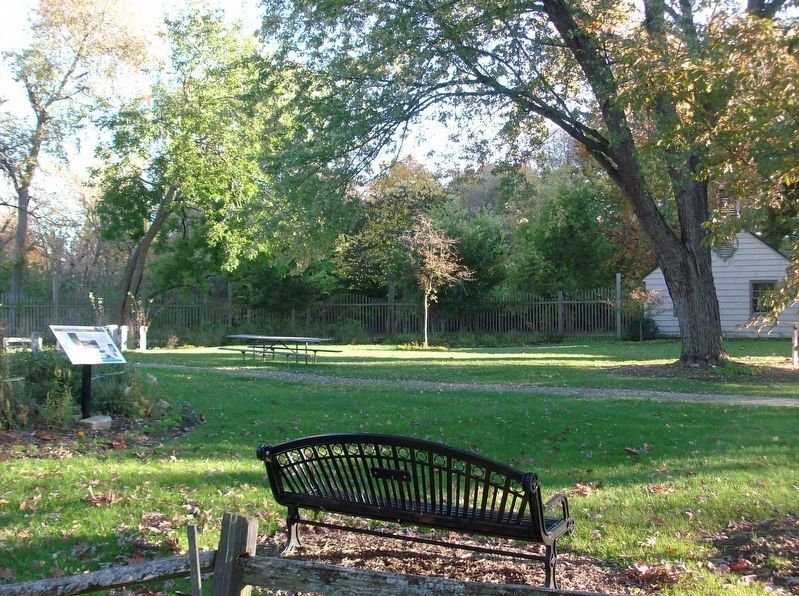 By Joel Seewald, October 22, 2016
8. Genevieve Gillette and the Treasures of Nature Marker
Part of the gatehouse is on the right. 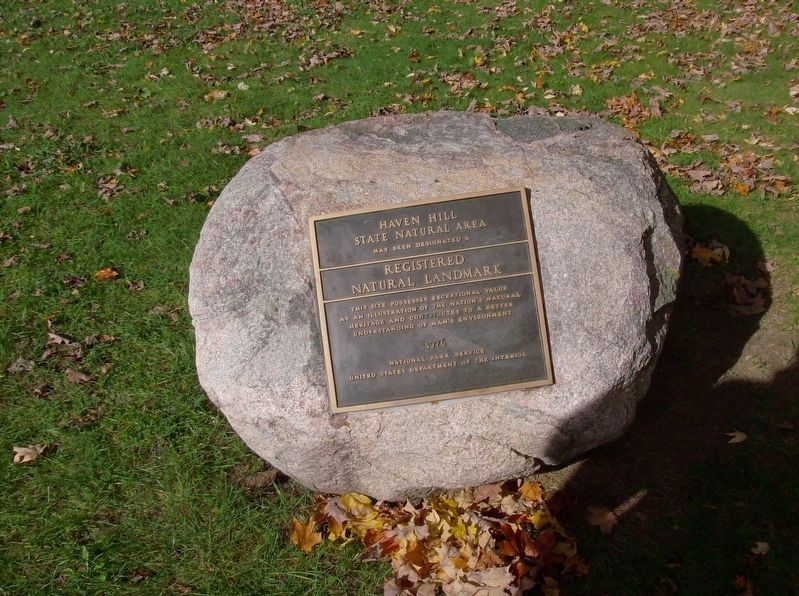