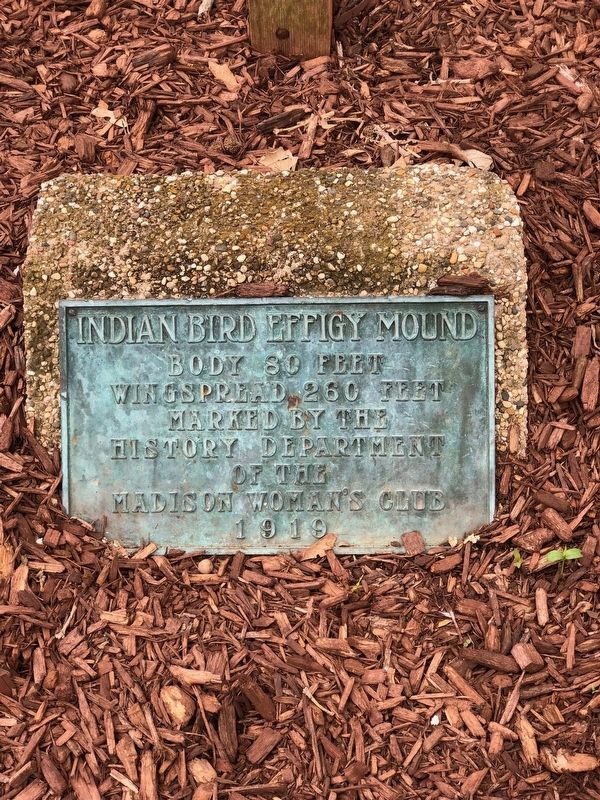 Erected 1919 by History Department of the Madison Woman's Club.

Location. 43° 3.438′ N, 89° 25.406′ W. Marker is in Madison, Wisconsin, in Dane County. Marker can be reached from Woodrow St. Marker is along the sidewalk in the Edgewood College Campus. Touch for map. Marker is in this post office area: Madison WI 53711, United States of America. Touch for directions. 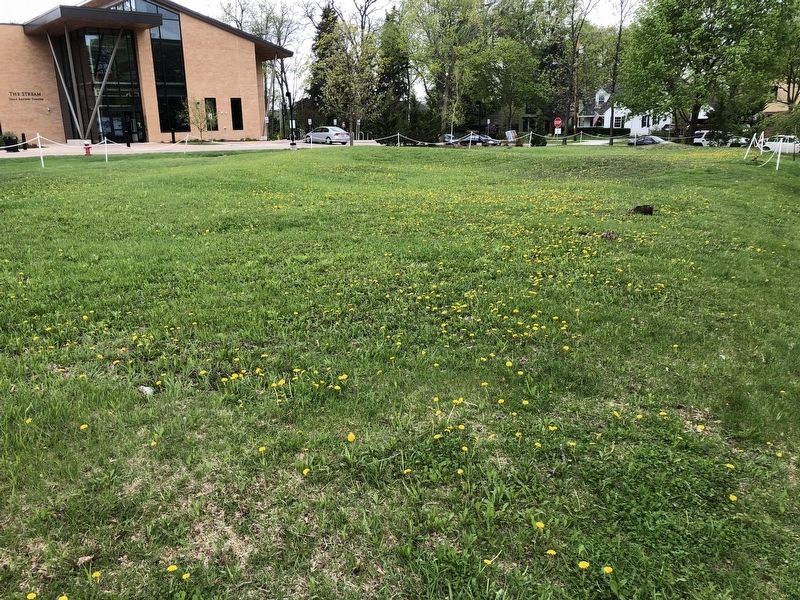 Click or scan to see
this page online
The Edgewood College campus area is a very special place. The original inhabitants to this area are gone, but the physical remnants and spirit of this rich culture remain in the form of effigy mounds. It is believed that the Effigy Mound culture existed durning the Late Woodland Period (650-1200 A.D.).

Effigy Mounds are recontact earthworks that need to be valued and protected. Ninety percent of the world's effigy mounts are located in southern Wisconsin. Originally there were about 2,000 - 3,000 mounds in Dane County. Eighty percent of the effigy mounds have been totally destroyed.

The Sounds are actually earthen sculptures. They were constructed by outlining a specific shape and pilling many layers of earth within the lines. Soil was transported from other areas as evidenced by soil samples taken from the mounds. Very few ornaments are found inside these mounds except for shells, pottery shards, copper and sometimes the bones of their ancestors.

Effigy mounds are clustered in groups near water and appear to tell a story. The complete story they tell is unknown to us at this time. However, we do know that some mounds were to be used as solstice and equinox markers. Others were constructed to honor a deceased clan member, as clan totems, and/or artistic creations that tell a story. They have been used by the Winnebagos for various sacred ceremonies. 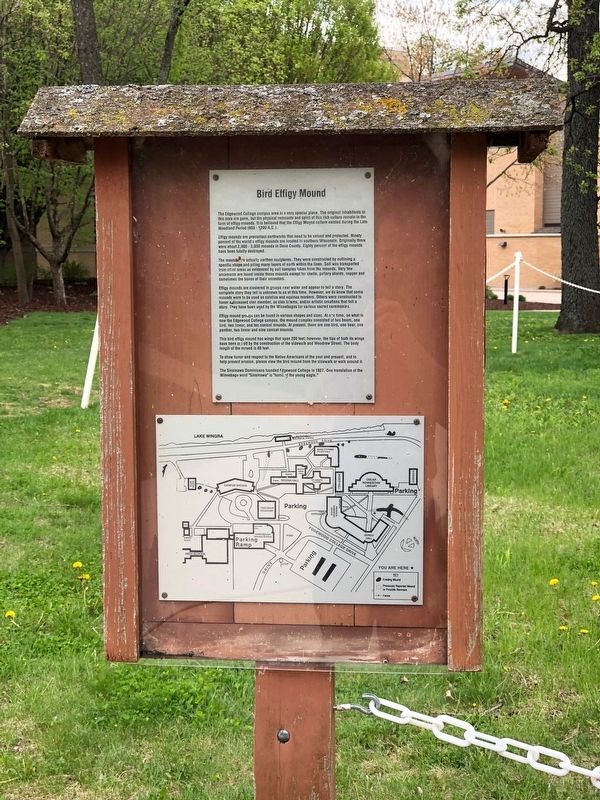 Effigy mound groups can be found in various shapes and sizes. At one time, on what is now the Edgewood College campus, the mound complex consisted of two bears, one bird, two linear, and ten conical mounds. At present, there are one bird, one bear, one panther, two linear and nine conical mounds.

This bird effigy mound has wings that span 200 feet; however, the tips of both its wings have been cut off by the construction of the sidewalk and Woodrow Street. The body length of the mound is 80 feet.

To show honor and respect to the Native American's of the past and present, and to help prevent erosion, please view the bird mound from the sidewalk or walk around it.

The Sinsinawa Dominican's founded Edgewood College in 1927. One translation of the Winnebago word "Sinsinawa" is "home of the young eagle."