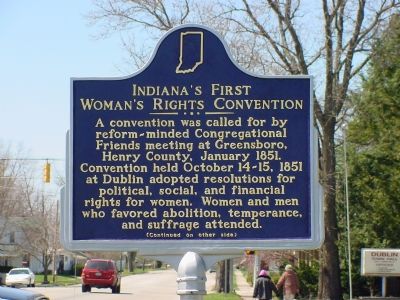 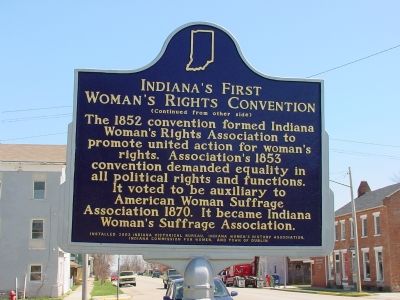 Topics and series. This historical marker is listed in these topic lists: Abolition & Underground RR • Civil Rights • Government & Politics • Notable Events • Women. In addition, it is included in the Indiana Historical Bureau Markers, the Quakerism ⛪, and the Women's Suffrage 🗳️ series lists.

Other nearby markers. At least 5 other markers are within 2 miles of this marker, measured as the crow flies. John Burney's Carriage Shop (approx. 0.3 miles away); Huddleston House (approx. 1.1 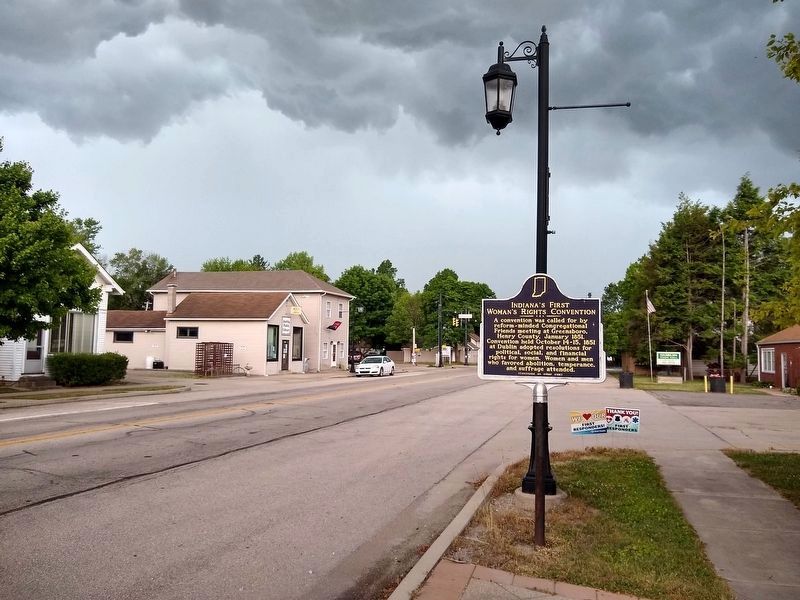