The Spirit of the American Doughboy is a pressed copper sculpture by E. M. Viquesney, designed to honor the veterans and casualties of World War I. Mass-produced during the 1920s and 1930s, it can be found in communities throughout the United States. 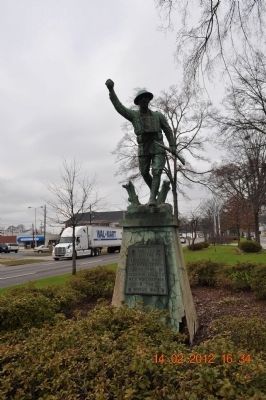