Markers commemorating the Tuskegee Airmen, the group of primarily African-American military pilots and airmen of all military occupations who served in the 332nd Expeditionary Operations Group and the 477th Bombardment Group of the United States Army Air Forces during World War II. They were a positive influence leading to post-war desegregation of the US military. 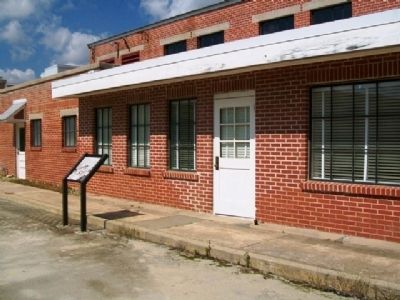