Markers highlighting this symbol of the Cold War, where the "Iron Curtain" was made of concrete and physically divided a city. The Berlin Wall was perhaps the most visible result of competing political ideals in a post-WWII bipolar world. At the time, most people could not conceive of its demise and a reunited Berlin. 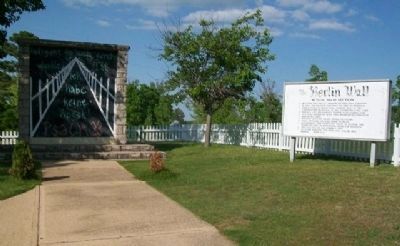